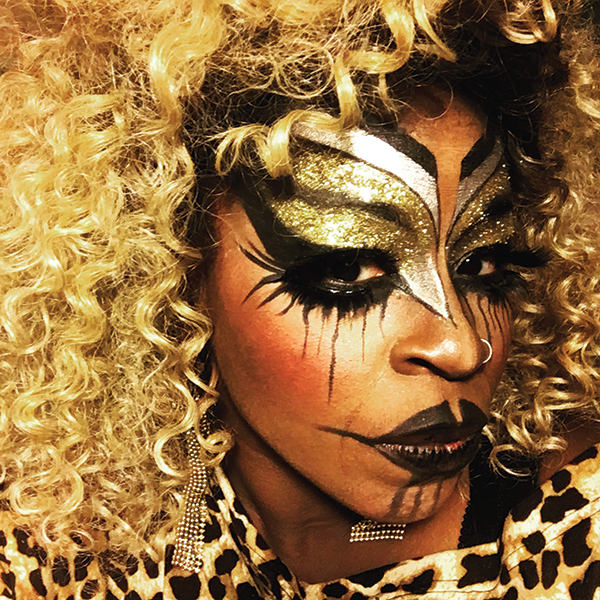 When UtahPresents shows were canceled in the spring, Executive Director Brooke Horejsi seized the opportunity. If an audience couldn’t be invited to Kingsbury Hall, she asked, could the space be used to help artists create new work?

Kingsbury seemed like a safe place for the company to isolate and work together for 6 weeks. UtahPresents hoped to eventually present the piece virtually in order to remove the barriers for disabled arts patrons to see the work. Yet in late June, when virus cases in Salt Lake City spiked, there weren’t enough tests available locally to maintain the company’s safety, so the residency was postponed.

In August,  Beatrice Thomas, a Bay Area artist who performs in drag as Black Benatar, returned to Utah to develop her “funny and subversive” Black Magic Cabaret. The show is scheduled to be performed at Kingsbury next April, and it will feature local queer performers.

“We’ll create a safety pod for them,” is how Horejsi described the residency, adding they planned to work with local artists virtually.

“The queer community has been existing in a virtual space, as their own safe space, for a long time,” she says.

Investing in new models that support artists developing work is one of the opportunities presented by this cultural pause, Horejsi says. Free virtual content might have served as an artistic balm during the early days of the pandemic, but it isn’t sustainable. “The average person doesn’t understand how precarious the field has always been — it’s the original gig economy.” Artists have been living that way for a very long time, and they are suffering dramatically.”

UtahPresents changed its season announcement event, featuring the LajaMartin dance company, into a virtual fundraiser. Originally, they hoped to host 200 people in the theater, but the online event attracted almost 900 pageviews over several months, while hitting fundraising goals.

“It costs money to make work, particularly work that’s worth watching,” she says. “Even if audiences are watching in their PJs in the  living room, we want them to have an experience that makes them feel as if it’s worth their time.”