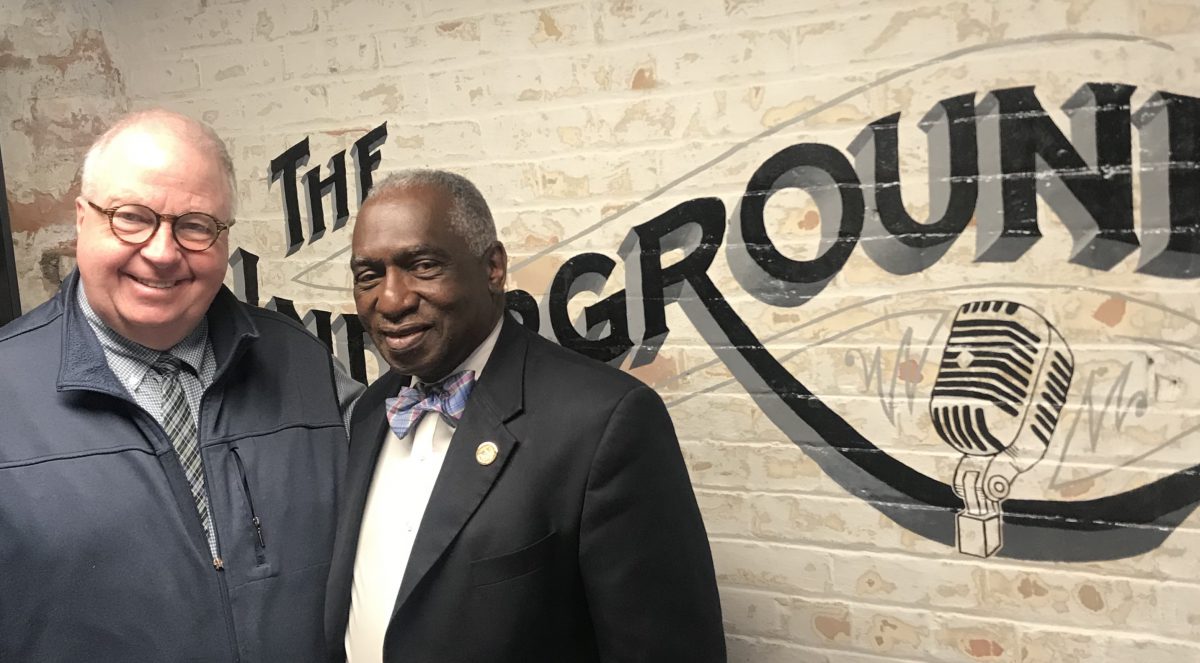 Reverend France A. Davis, pastor emeritus, of the Salt Lake City’s Calvary Baptist Church, served his congregation as its pastor for over 45 years. In late December 2019 he stepped down. Still active in his congregation, still serving, he remains an influencer for his faith, and for Utah’s Civil Rights efforts, and for the state’s growing African-American community.

Davis came to Salt Lake City in 1972 to teach and to attend graduate school at the University of Utah. He was appointed instructor in Communication and in Ethnic Studies, earning a distinguished teacher award from the university. Davis also retired as an adjunct associate professor in 2014.

Among numerous awards and recognitions, he was given an honorary Doctor of Humane Letters from the University of Utah in 1993, the Salt Lake Community College in 1997, Dixie State College in 2002, an official citation from the Utah House of Representatives, in recognition of his outstanding service to Utah in 2006. He also received among other awards the FBI Director’s Community Leadership Award, given to him at the FBI Headquarters in Washington, DC in 2014.

Davis spoke to “Speak Your Piece” host Brad Westwood in detail about his first coming to Utah, his interactions with Utah society and its predominate church, the African American story in Utah–in Salt Lake City and Ogden–with the story beginning long before the Mormon Pioneers arrived in Utah. He describes his career efforts at furthering civil rights; what African American life was like in predominantly white Utah (including during Utah’s pre 1970s, so called, “separate but equal” society), and his half century of service to the Calvary Baptist Church.

At the end of the second segment, Davis outlined what he describes as four essential actions Utah society must take, to further economic opportunity, equality and justice, for all of Utah’s citizens.

Davis also describes his first Salt Lake City landlord, who after meeting him in person, rejected renting to him, despite paying an advance deposit. Davis also described his very first encounter with a LDS Church leader (which thereafter became extremely productive) when a security detail asked him to leave an airport elevator, so that the “president” could use it first. Davis refused, and awkwardly remained in the elevator with whom he later discovered was with LDS Church “president” Harold B. Lee.

With insightful personal detail Davis describes placing a marker on USU Price Campus in 1983, for African American miner Robert Marshall who was lynched and buried there, in Price, Utah in 1925, with a thousand spectators (Davis’ life was threatened by coming to Price); how Salt Lake City’s African American community was largely destroyed with the coming and enlargement of I-15 Freeway; Utah government’s launching with his and other’s insistence, of the Martin Luther King Commission; and finally his working relationship with Utah’s governors (starting with Calvin Rampton and ending with Governor Gary Herbert) and with various LDS Church Presidents (starting with Gordon B. Hinckley and ending with current Church President Russell M. Nelson).

Do you have a question or comment, or a proposed guest for “Speak Your Piece?” Write us at “ask a historian” – askahistorian@utah.gov
URLs (book purchase links, associated exhibit, products, video links, etc.
To purchase a copy of Reverend Davis’ memoir entitled France Davis: An American Story Told (2012) on line at: https://www.amazon.com/dp/1607811839/ref=dp-kindle-redirect?_encoding=UTF8&btkr=1