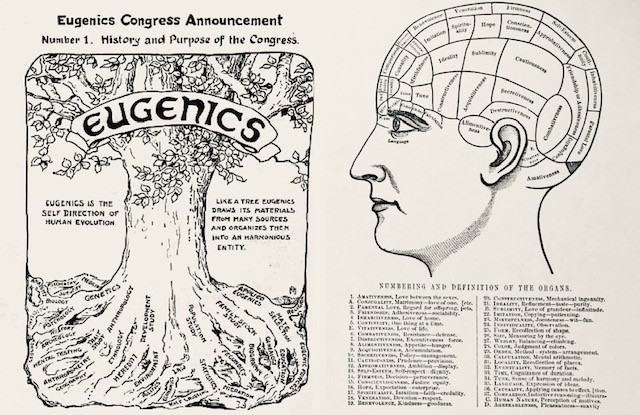 Podcast Intro: Speaking about the development of psychiatric hospitals in the interior West (Colorado, Arizona, Wyoming and Utah), Dr. Cassandra Clark describes in this episode of Speak Your Piece how in the “nineteenth and early twentieth-centuries, phrenologists, physicians, and eugenicists sought to understand how the environment influenced the human mind.” Clark focuses on how both imagined and constructed natural environments (rural and agricultural settings, park and garden settings), along with carefully planned asylums, were built to treat society’s mentally ill.

Clark also speaks about the ideas and theories of Dorothea Dix (noted indigent and mental health advocate) and Thomas Story Kirkbride (institutional theorist, physician and advocate for the mentally ill) and the impact they had, or did not have, on designs of insane asylums in the interior West.

Finally, Clark describes how, alongside various other developments, the rise and dissemination of scientific race theories, particularly eugenics, eroded the original intentions of these institutions to offer temporary curative environments, turning them instead into largely overcrowded long-term custodial spaces.

This is a fascinating, discussion between Clark and Senior Public Historian Brad Westwood, regarding the 19th century development of state-funded insane asylums, from the post-Civil War era to the mid-twentieth century era (including expanding farms ran with patient labor, hydrotherapy, electroshock therapy, talk therapy, and the beginning of the use of psychotropic drugs), ending with the transition from centralized hospitals to decentralized, community based, mental health centers.

Dr. Cassandra Clark is a historian at the Utah Division of State History working on a project relating to the upcoming 125th anniversary of Utah’s statehood. She is also an adjunct instructor at Salt Lake Community College. Previously she was a Program Coordinator for the American West Center at the University of Utah, and in 2020 she earned her a doctorate in American History from the Department of History at the University of Utah. She holds a B.A. in Secondary Education (Adam State University), a B.A. in US History (Adam State University), and an M.A. (University of Northern Colorado). Dr. Clark’s dissertation delves into scientific race theory surrounding the first hundred years of the psychiatric institutions in the intermountain West.

Grob, Gerald. Mad Among Us: A History of the Care of America’s Mentally Ill. New York: Free Press, 2011.