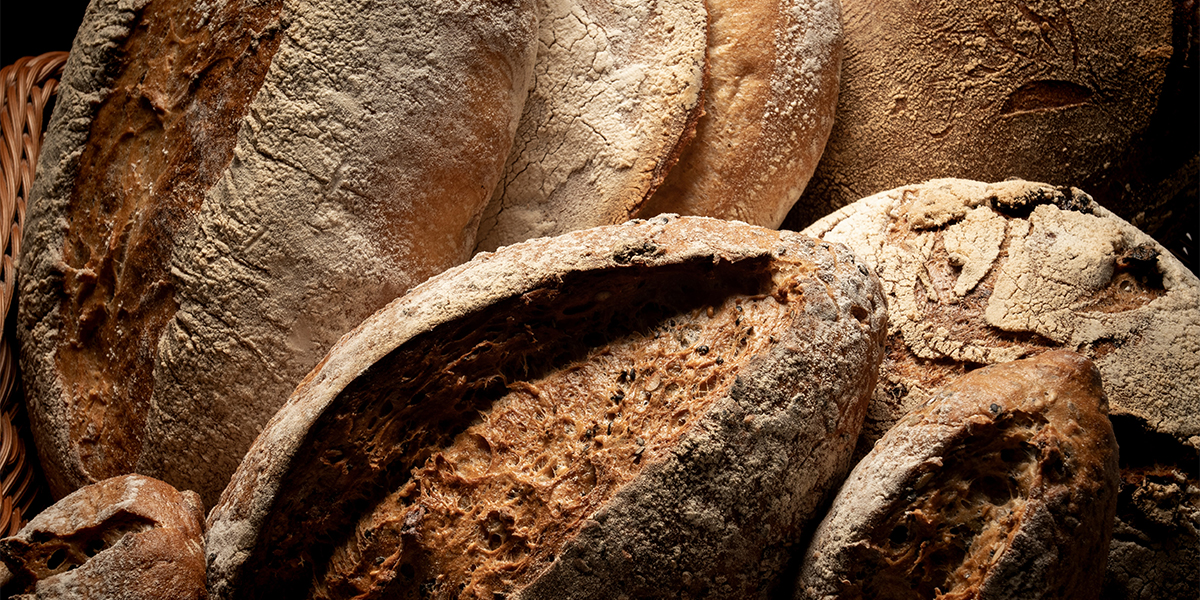 During the pandemic, Joe Bennion, who owns Spring City’s Horseshoe Mountain Pottery,  has regularly sold out of his stock of sturdy bread baker pots. In July, one batch of 15 pots was sold within 21 minutes after the potter unloaded the kiln.

In Salt Lake City, potter Ben Behunin has been promoting the joy of bread on social media for three years through Bread Brothers Unlimited, a collaboration with friend Bert Compton, with the slogan: “Bake bread and be happy.”

Bennion didn’t predict the fanatical interest in baking during the coronavirus shutdown, but operating a small-town studio over the past 40 years did help position him for the moment. “I’m very busy, and I sell everything I make,” says Bennion of his bread baker pots, which retail for $100. “I’ve sold between two and three times the amount of pottery I would usually sell this time of year.”

For Bennion, establishing a retail shop in his studio offered a chance to sell his pottery directly, rather than relying on galleries or exhibiting at craft fairs. Over the years, he has worked as a “one-man chamber of commerce” to draw visitors to the artsy Sanpete County town,  publishing a newsletter and heading the Spring City Arts collective. “I would call it lucky foresight, rather than being really clever,” he says. “There was something in my gut that said bring your market closer to home.”

Pandemic or not, Bennion doesn’t ever close his shop. On Sundays, or when he’s off working his other job as a river guide, he relies on the honor system, leaving out a money box for his customers. He chooses not to ship his bread baker pots, instead relying on the town’s drive-through traffic.

His wife, Lee Bennion, a well-respected painter, has also experienced steady business in direct response to COVID-19. About five years ago, she developed a salve, Mom’s Stuff, to ease her husband’s hands roughened by handling clay and boat paddles. The cream, made with natural ingredients such as olive oil and piñon pine pitch, seems perfectly targeted for civilians now washing their hands with the attention and intensity of healthcare workers.

Behunin figured, at best, he might sell a couple hundred plates for home church. Instead, by mid-August he had sold some 3,500 sacrament plates for $20 apiece. “For two months, I did nothing but sacrament plates,” he says, adding that he needed help from his wife and daughter to keep up with the demand. For local customers, he offered curbside pickup, complete with a free roll of toilet paper when it was in short supply at local stores.

Another of Behunin’s social experiments, now on pause, is Sourdough Sundays, in which through social media posts he invites people to stop by his Salt Lake City home at 2 p.m. for a slice of bread. “All sorts of people showed up who we didn’t know,” he says, sometimes as many as 25, others as few as six.

That began last October after a neighbor died of suicide, leaving behind a note expressing feelings of hopelessness. Behunin decided sharing bread was one way he could share hope. During the early days of the shutdown, he delivered bread in his neighborhood, social-distance-style, at the end of an 18-foot painter’s rod.

During the pandemic, Behunin, who also writes novels and creativity guides, figures he has given away at least 30 sourdough starts. The potter hopes, when the time is right, others might want to start their own chapters of Sourdough Sundays.

WATCH: “The Potter’s Meal,” Steve Olpin’s 1992 documentary about Joe Bennion. The film screened at the Sundance Film Festival in 2013.