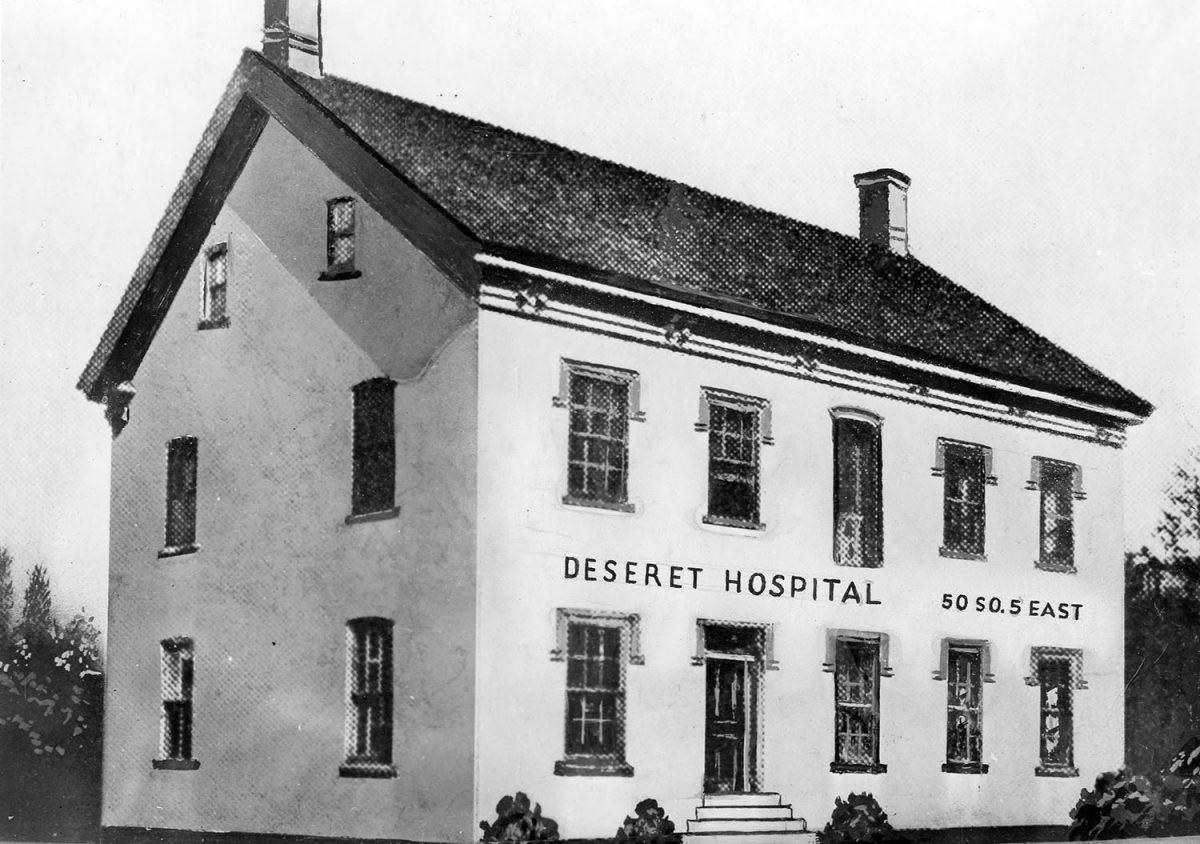 The growth of Utah’s industries and the influx of economic immigrants, created a demand for new community-based services including churches, stores, taverns and boardinghouses. Benevolent and mutual aid societies were part of these services.

Another common aspect of life on the west side were mutual aid or benevolent societies. They were also known as fraternal organizations or work clubs. Most centered on the countries of origin of their membership, reflecting differing languages and cultures. As nearly all Utah’s immigrants found only low paying employment, these benevolent societies offered much needed aid.

Many religious organizations and other private groups also offered aid, including food and educational services to the city’s impoverished populations. However in an age where both small businesses and large corporate employers saw no reason to offer injury/medical care or death benefits, it was the benevolent organizations, which assisted Salt Lake City’s working poor and the jobless. These societies also offered ways for immigrants to make a better life in their new surroundings.

Nearly all west side immigrants participated in these societies. Most were branches of larger regional, national and international organizations. Some of fraternal organizations that flourished in Utah included the Chinese Bing Kung Tong, the Italian Societa’ Di Beneficenza, Stella D’America (Star of America), and Fratellanza Minatori (Miners Brotherhood). Others included the Greek Panhellenic Union and the Western Slavonic Association. Nearly all of these groups had services and rituals that incorporated langauge, cultural traditions and outward public expressions of membership.

Benevolent and mutual aid societies offered a number of social services to Salt Lake’s working class. For instance, many immigrants received food when needed, clothing, temporary housing, English and civic lessons, injury/medical care, unemployment assistance and widows’ and orphan’s benefits. Benevolent and mutual aid societies functioned in near every city, state, and territory across the nation. Such organizations are the unintentional nineteenth-century ancestors of today’s medical and insurance benefits, linked to employment.

Utah’s working-class white laborers also received benefits from such organizations. The Ancient Order of Foresters and the Improved Order of Red Men, which was a predominately German-American club, were all groups that provided aid directly to Utah’s working-class whites. The Independent Order of Odd Fellows provided aid to their members and operated from prominent office blocks located across Utah. As historian Ben Carter explains that these organizations created a “spirit of reciprocity between donors and recipients who often came from the same or similar socioeconomic background.”

Benevolent, fraternal, and mutual aid societies also provided places to assemble, receive legal aid, and enjoy country of origin entertainment and to prepare and participate in public parades. Generally, these organizations were successful in meeting the needs of the immigrants and impoverished people who sought the company of like people, and the opportunity to serve and be served. Many of these organizations continue, even today, among Utah’s immigrant communities.

Labor Unions also functioned to serve Utah’s working class. Union representatives worked to secure employment and later, following the model of mutal aid societies, offered life and disability insurance. Both types of organizations clearly improved the life of Utah’s industrial workers. Too often however, Utah’s government and Mormon leaders viewed these organizations as a threat to the territory and state’s public good. They believed that the union’s membership, which was made up of many people from foreign countries, threatened the interests of large influential businesses, democracy or the American “self-sufficiency” ideal. As a result, mutual aid society and especially unions faced a significant amount of resistance from church, government and especially from more prominent members of Utah society.

One of the largest concerns regarding the spread of labor unions was potential “socialist” sentiments. Many American citizens, though not all, feared socialism because of grassroots-based movements that occurred in Russia and other countries around the world. Utah had a strong Socialist Party until World War II. During the Gilded Age, many corporations kept wages low by exacerbating conflicts and compeition between different immigrant groups. For example, many business administrators hired cheaper immigrant laborers to replace higher paid or strking employees, knowing such actions would create inter-ethnic tensions.

As mentioned earlier church organizations also offered medical services to the west side’s working poor. The Anglican Church, the Church of Jesus Christ of Latter-day Saints, and the Roman Catholic Church established hospitals and clinics to serve the poor. One strategy used to combat health issues was the dissemination of information about hygiene, germ theory, immunizations, and preventative medical care. Most hospitals opened to serve a specific group of people. For example, St. Mark’s Episcopal Church Hospital served miners, and the Deseret Hospital focused primarily on members of the Mormon Church; however, they did see patients from all religious affiliations and backgrounds.

Mutual aid and benevolent societies, fraternal organizations, and labor unions all worked to improve the lives of Utah’s working population. Through their efforts, many immigrants and other working poor had access to much-needed economic and medical care and to the education they needed to survive in the west side and the other towns and cities across the Utah.

>Contributors: A special thanks to Phil Notarianni and John Sillito for their contributions to this post.